BioCeuticals to set new standards for functional medicine education in 2016.
As the functional approach to medicine continues to evolve, we are now witnessing the emergence of a powerful systems-oriented model capable of addressing the healthcare needs of the 21st century. Over the last decade, there has been an explosion of research and evidence in support of this personalised, wholistic approach. The challenge currently facing clinicians is learning how to utilise this information, which now incorporates the latest in genetic science and systems biology, as well as an appreciation of the profound impacts of dietary, environmental and lifestyle factors.
BioCeuticals will be holding the 4th BioCeuticals Research Symposium from 22-24 April 2016. Over three days, the presenters will provide healthcare professionals with leading, cutting-edge research, highlighting the future of clinical, evidence-based, functional, metabolic and integrative medicine.
Under the theme Revolutionary Strategies for Complex Diseases, this Symposium will broaden and enhance the scope of functional medicine and provide a platform for effective systems-based clinical strategies.

The BioCeuticals Integrative Medicine Awards (BIMA)
The BIMAs will recognise achievements and showcase innovation within the complementary and integrative medicine industry.

The BIMA’s will be held in conjunction with the 4th BioCeuticals Research Symposium. The ceremony will take place on Saturday 22 April 2016 at Sheraton on the Park Sydney.

Nominate for the BIMAs Now

The BIMAs will recognise achievements and showcase innovation within the complementary and integrative medicine industry.

The BIMA’s will be held in conjunction with the 4th BioCeuticals Research Symposium. The ceremony will take place on Saturday 22 April 2016 at Sheraton on the Park Sydney.

Mark C. Houston, MD, MS, ABAARM, FACP, FAHA, FASH, is associate clinical professor of medicine at Vanderbilt University School of Medicine; director of the Hypertension Institute and Vascular Biology; and medical director of the Division of Human Nutrition at Saint Thomas Medical Group, Saint Thomas Hospital in Nashville, Tennessee. He is also on the faculty of the University of South Florida for the Functional and Metabolic Medicine Fellowship. He is chief medical officer for Destination Medical Centres in the United States, which is part of MVP Holdings, LLC.
He is triple board certified by the American Board of Internal Medicine, the American Society of Hypertension (ASH), and the American Board of Anti-Aging and Regenerative Medicine (ABAARM). He also has a master of science degree in human nutrition.
Dr Houston has presented over 10 000 lectures nation- ally and internationally and has published more than 200 articles and scientific abstracts in peer reviewed medical journals. He is on the consulting editorial board for many medical journals and is editor-in-chief for JANA (Journal of the American Nutraceutical Association). He is an author and teacher and is active in clinical research.
Dr. Houston specializes in hypertension, lipid disorders, prevention, and treatment of cardiovascular diseases, nutrition, clinical age management and general internal medicine with an active clinical and research practice as well as teaching responsibilities for Vanderbilt medical students, interns and residents.


Andrew Heyman, MD MHSA is an internationally recognized expert in Integrative Medicine. He is currently the Program Director of Integrative and Metabolic Medicine at The George Washington University. Prior to assuming this role, he spent 16 years at the University of Michigan, serving to build one of the largest and most successful academic-based Integrative Medicine programs in the United States. He also serves as Co-Chair for Medical Education of the Metabolic Medical Institute, which trains professionals in Integrative, Metabolic and Functional Medicine.

In 1990, he received formal training in Five-element Shiatsu and Traditional Chinese Medicine, during which time he developed an interest in increasing access of natural therapies to underserved populations while partnering with the University of Pennsylvania. He continued this work with Jim Gordon, MD at the Center for Mind-Body Medicine in Washington DC exploring the intersection between public health, at risk groups, and alternative therapies.

Dr. Heyman eventually went on to receive a Masters in Health Services Administration at the University of Michigan School of Public Health and upon graduation, became the administrator for the University of Michigan Complementary and Alternative Medicine Research Center where he was responsible for administering a $7 million NIH grant to research alternative therapies for cardiovascular diseases. The center was one of the first in the country to place alternative therapies and their scientific examination in an academic context.
Dr. Heyman has held several leadership positions in the field of Integrative Medicine. He was the national clinical working group co-chair of the Consortium of Academic Health Centers for Integrative Medicine for 4 years, a collaboration of 57 North American universities involved in Integrative Medicine. He is the online editor for the Journal of Men’s Health in the section of Integrative Medicine, and he also holds the position of Editor-In-Chief of the Internet Journal of Anti-Aging and Aesthetic Medicine. His research interests include the Stress response and NeuroEndocrinology, Cardiometabolic Disease, Men’s Health and clinical outcomes research methodologies.

Dr. Heyman remains clinically active as well, as the owner of a four-physician integrative medicine practice in Northern Virginia at the Virginia Center for Health and Wellness. He is also the President of Integrative Health Resources, a small group of clinical experts that consults to physicians, health systems and public health professionals seeking to develop wellness, lifestyle and nutrition programs. Finally, Dr. Heyman has been featured on the Discovery Channel, Martha Stewart Living Magazine, Ladies Home Journal, Natural Health Magazine and appeared in many other TV and print venues and is a widely sought after, and celebrated speaker around the world on many Integrative Medicine topics. His teaching approach is described as deeply rooted in scientific evidence, grounded in the clinical reality of expert patient care, and readily accessible to both the new learner and seasoned practitioner alike.

World-renowned pediatric gastroenterologist, research scientist and entreprenuer Alessio Fasano, M.D., founded the Center for Celiac Research in 1996. His visionary research led to the awareness of celiac disease as a growing public health problem in the United States. His prevalence study published in 2003 established the rate of celiac disease at 1 in 133 Americans. In 2000, he and his team discovered zonulin, opening up the door to a new way of looking at the function of intestinal permeability, not only as it affects the gut, but also what role it plays in both inflammation and autoimmunity throughout the systems of the body.

As Visiting Professor at Harvard Medical School and Chief of the Division of Pediatric Gastroenterology and Nutrition at Massachusetts General Hospital, Dr. Fasano moved the Center to Boston in 2013, where he treats both children and adults for gluten-related disorders. A passionate advocate for collaboration in research and clinical work, Dr. Fasano recently authored Gluten Freedom to provide patients, healthcare providers and general readers an evidence-based yet entertaining book to dispel confusion about gluten and how it can affect your health.


Dr. Perlmutter is a Board-Certified Neurologist and Fellow of the American College of Nutrition who received his M.D. degree from the University of Miami School of Medicine where he was awarded the Leonard G. Rowntree Research Award. He has published extensively in peer-reviewed scientific journals including Archives of Neurology, Neurosurgery, and The Journal of Applied Nutrition, and is a frequent lecturer at symposia sponsored by such medical institutions as Columbia University, Scripps Institute, New York University, and Harvard University. He serves as Associate Professor at the University of Miami Miller School of Medicine.
Dr. Perlmutter has been interviewed on many nationally syndicated television programs including 20/20, Larry King Live, CNN, Fox News, Fox and Friends, The Today Show, Oprah, The Dr.Oz Show and The CBS Early Show. He is the recipient of the Linus Pauling Award for his innovative approaches to neurological disorders and in addition was awarded the Denham Harmon Award for his pioneering work in the application of free radical science to clinical medicine. He is the recipient of the 2006 National Nutritional Foods Association Clinician of the Year Award and was awarded the Humanitarian of the Year award from the American College of Nutrition in, 2010.
Dr. Perlmutter is the author of seven books including the #1 New York Times Bestseller, Grain Brain, The Surprising Truth About Wheat, Carbs and Sugar - Your Brain’s Silent Killers, now published in 27 countries.
His new book, Brain Maker: The Power of Gut Microbes to Heal and Protect Your Brain–for Life, is now available nationwide and is a New York Times Bestseller.


Dr Deanna Minich (www.foodandspirit.com) is a functional nutritionist with a unique approach to clinical medicine that combines physiology and psychology. She has trained in functional medicine for the past decade with the “father of functional medicine” Dr Jeffrey Bland as her mentor, and has served on the Institute of Functional Medicine’s Nutrition Advisory Board and curriculum committee, in addition to being a faculty member and teaching nutrition in the detox module.
Her academic background is in nutritional science, including a Master’s Degree in Human Nutrition and Dietetics from the University of Illinois at Chicago (1995), and a PhD in Medical Sciences (Nutrition) from the University of Groningen in The Netherlands (1999). In conjunction with her academic degrees and extensive teaching experience at the university level, she is both a Fellow (FACN) and a Certified Nutrition Specialist (CNS) through the American College of Nutrition.
Dr Minich has over ten years of experience working in both the food and dietary supplement industries. She recently hosted The Detox Summit, an online event featuring 30 experts on detox, which was attended by almost 70,000 people worldwide. Following The Detox Summit, she led 3000 people through The Detox Challenge, a 21-day, online, functional medicine-oriented detoxification program. Her book, Whole Detox, will be published in March 2016. In addition, she spends her time as a Board member for the American College of Nutrition and as adjunct faculty at the University of Western States. She is the author of five books on nutrition, wellness and psychology, and is passionate in helping others to live well using therapeutic lifestyle changes. 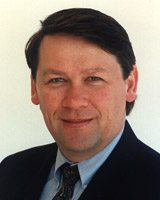 
Dr Donohoe has worked in private practice since 1983 and has specialised in integrative, environmental and nutritional medicine for 27 years. He was awarded Fellowship of the Australasian College of Nutritional and Environmental Medicine (FACNEM), and in 1994 was elected founding president of the Australian Comprehensive Medicine Association (ACMA), which has since become the Australian Integrative Medicine Association (AIMA). From 2004 to 2010, he was president of the Natural Health Care Alliance (NHCA).
Dr Donohoe is a former medical director of the Environmental Medicine Centre (EMC), a multidisciplinary hospital environmental unit and outpatients department that collaborated with the University of newcastle in clinical research, leading to peer reviewed papers in medical literature, including the Medical Journal of Australia. Recently, Dr Donohoe has joined the Blackmores Institute as medical editor.